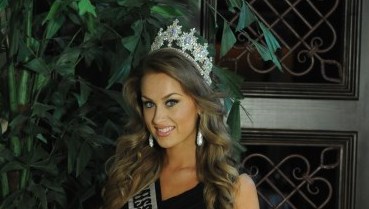 Rachael Tate, Miss Denbighshire Galaxy, was crowned Miss Galaxy Wales in 2013 at the glittering final at the Park Hall Hotel, Lancashire! Rachael faced tough competition but she dazzled the judges and took home the crown!

Rachael represented Wales when she competed in Miss Galaxy in 2013. Rachael took America by storm and was crowned Miss Galaxy 2013 at the Galaxy international final in Orlando! Whilst in America, Rachael won Best in Fashion wear and the Photogenic award!

During her year as Miss Galaxy, Rachael made many fantastic appearances and was a loyal supporter of the Dean Puplett Appeal. Rachael also helps girls who wish to follow in her footsteps by passing on her expertise through pageant training!