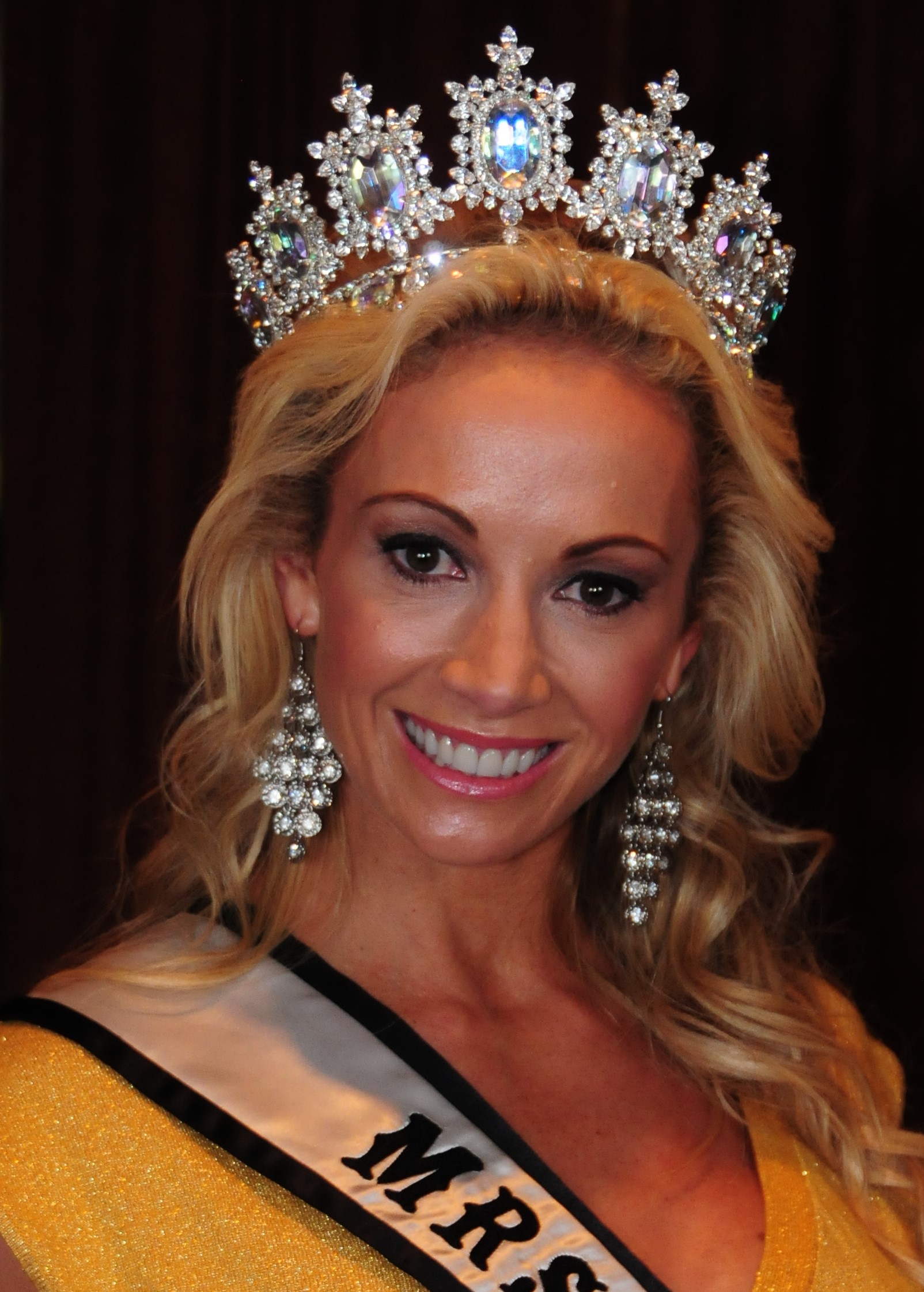 Robyn Morrison-Charlesworth, Mrs Bradford Galaxy 2012, was the first ever Mrs Galaxy UK to be crowned. Robyn competed against women from across the UK at a stunning grand final in the Park Hall Hotel. Her happiness could not be contained when she was announced as the winner …. as she jumped into the air with excitement!!

Robyn went on to compete in America and did fantastically…. despite being a total newcomer to pageants! Robyn placed 1st runner up and won the awards for Most Photogenic award and Best in Swimwear!

During her year, Robyn enjoyed some very fun appearances! She featured in the national press, including Bella Magazine, and was also interviewed live for Good Morning Australia as Mrs Galaxy UK! Robyn, a keen cheerleader, was often featured with her Cheer Team on Sky Sports!